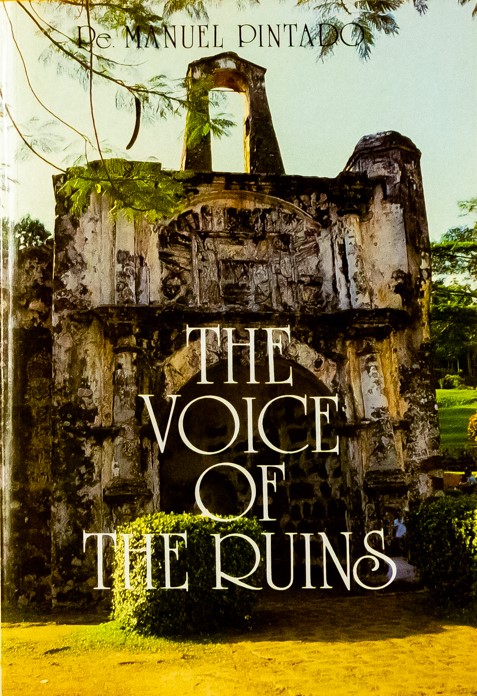 The Voice of the Ruins

This booklet gives its readers a short account of St. Francis Xavier's works and deeds, particularly in Malacca, where he stayed and lived, on five occasions. His sojourns, in Malacca, in all added up to five times, were a little more than one year and yet, his saintly influence is still felt and lived by thousands of devotees and admirers today.

It gives an account of St. Paul's Church's history, some of the Saint's extraordinary deeds, which took place or have some reference to Malacca; then a survey is made of the five periods of Xavier's residence in Malacca. This is taken from the Fourth Centenary Souvenir, 1553 - 22nd March 1553, which was published in 1953, together with a rough data on his journeys, in which, for a short amount of time of about 25 months, spent in travelling, he succeeded to traverse by sea about 38,000 miles and by land, often on foot. These were backed with historical documentation which were taken from writings contemporary or almost contemporary of the Saint's life.

The book also includes illustrations in a forms of printings, drawings and reproductions of valuable paintings.

This book is also an important guide for all those who wish to know more about Malacca.