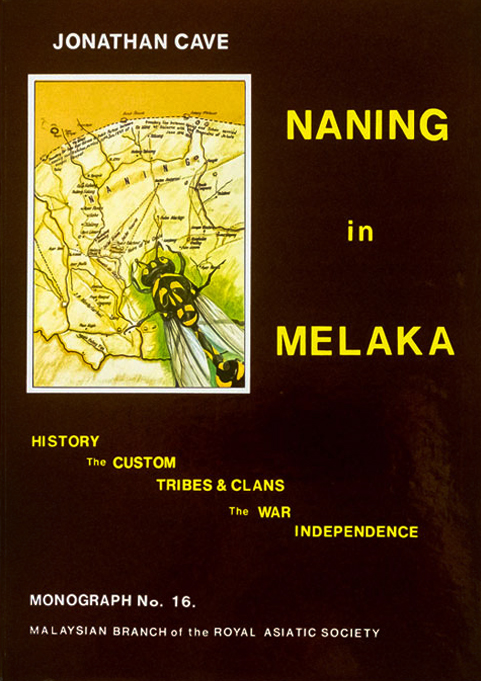 Naning refers to a territory that occupies twenty-five mukims or parishes across the northern part of the State of Melaka and brushes on its northern boundary with Rembau and Tampin, which are constituent states of the Negri Sembilan. Southwards downriver are the mukims such as Beringin, Durian Tunggal and Kesang. Naning has an area of some 220 square miles and is the most southerly of the Districts or Luak where the Adat Perpatih obtains. However it was politically disjointed from its cousins in Negri Sembilan by four and a half centuries of Portuguese, Dutch and British presence in Malacca.

The history of Naning is up-dated until Merdeka. A survey of the social, economic and political conditions after the War and Merdeka provides invaluable information on contemporary events, as seen from the Naning angle. This is perhaps the most significant aspect of the work as a whole; it is partly a Malaysian history as seen by the Naning man, and Jonathan Cave certainly qualifies to be that person. The capacity of the rural folk of Naning to remain independent and survive over four hundred years of real colonialism is a tribute to their Adat system, and in Naning in Melaka, we are provided with some real insight into this dynamic structure.