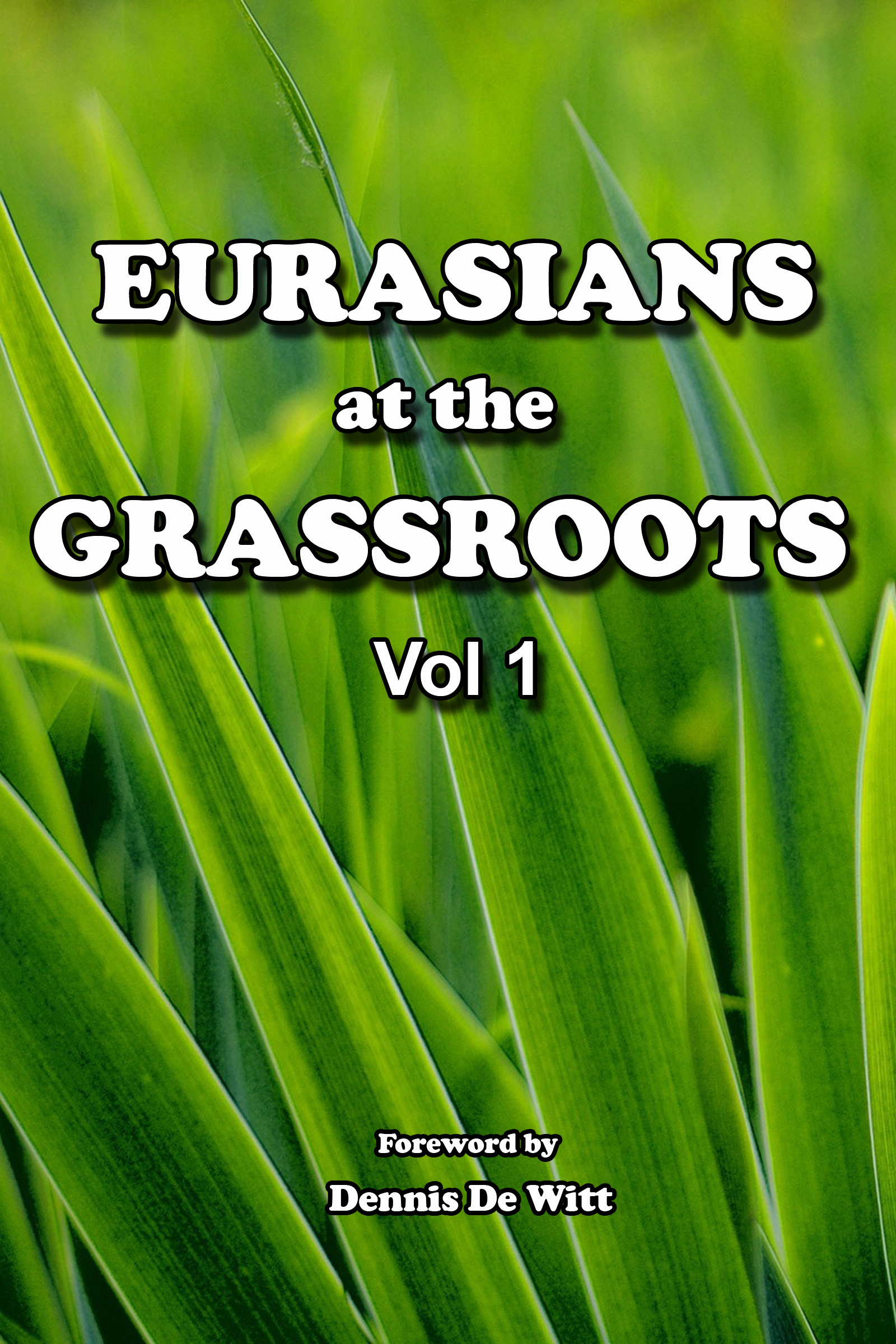 Eurasians at the Grassroots Vol. 1

It is intended for this publication to consist of a collection of stories about the background, history, culture and heritage of the average Eurasian family. It is not intended for this publication to be about famous or historical Eurasian figures, but to include stories from the grassroots of the Eurasian society. The stories were contributed by people from Malaysia and outside Malaysia; and about all aspects of Eurasian heritage and culture from Malaysia and all over the world.

Most people understand the term Eurasian as simply a hybrid between European and Asian. Many more do not understand the term at all and others simply find it curious why there is a need to categorise such a race at all. In this part of the world, Eurasians refers to people of mixed Asian and European ancestry. They are descended from colonial times of the Portuguese, Dutch and British.

The Portuguese descendants, who mostly have their roots in Malacca, call themselves Kristang. There are also Dutch and British descent Eurasians in Malaysia and Singapore. However, there are also Eurasians whose ancestors were from other parts of Europe, such as Spain, Germany and France, who came out East with the ships of the Colonial powers of their time. We must not also leave out the Eurasians in The Netherlands who came from Indonesia. From an article received, we now also know that there were Eurasians from China. These days, in the advent of a globalised world, there are Eurasians living in practically every corner of the globe.

Therefore, it is a joy to find that we have here contributors from near and far. There are articles from those in Malaysia, Singapore, as well as from Australia, The Netherlands and USA. This makes a good start to what should be the first in a series of articles on the Eurasians and we look forward to expand the project in the future to collect more of such stories. It will help to provide a better understanding of the heritage and culture of the Eurasians and a glimpse to view our many similarities. It also provides valued information on the many individuals and sub-groups of Eurasians for the sake of putting their stories on record for the benefit of the future generations.