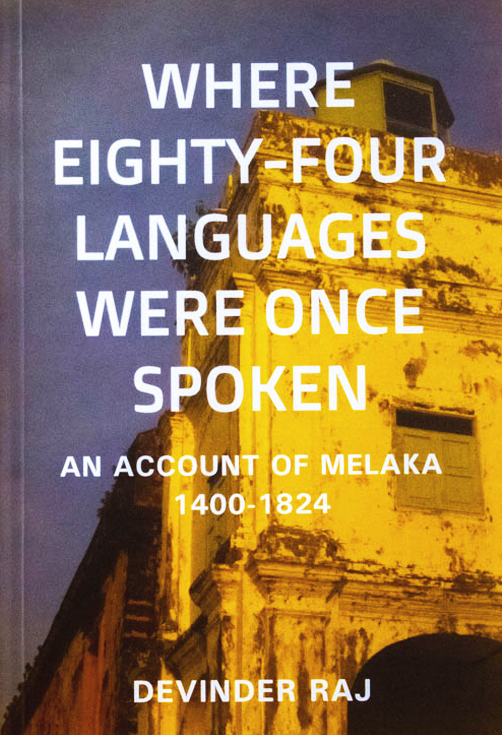 Where Eighty-Four Languages were Once Spoken: An Account of Melaka 1400-1824

"Cycling to Malacca High School for my secondary education, I had to pass by the last remnant of the A Famosa fortress and St Paul’s Hill. Quite often in the afternoons, my classmate and I would go up St Paul’s Hill, to sit under the shade of the trees that were around the ruined church and do some quiet reading and studying … Some weekends, we would go to Pulau Besar, an island off Melaka, steeped in myth and legend, visited by preachers and pilgrims for centuries.”

In this short account of the history of Melaka, Devinder Raj weaves in letters, myths and oft-forgotten historical facts to craft an image of his home state during the Melakan sultanate and under the rule of the Portuguese, the Dutch and the British. Filling in the gaps in history textbooks, and piecing together accounts such as letters from Melaka’s Tamil merchants to the King of Portugal and the proposed British effort to demolish Melaka entirely, Where Eighty-four Languages Were Once Spoken revisits the storied history of a historic city.