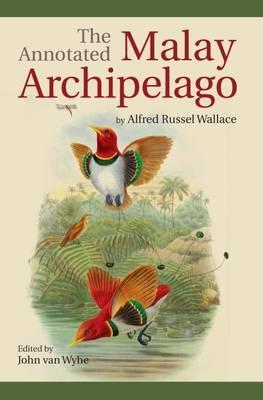 First published in 1869, The Malay Archipelago is a classic work on Southeast Asian society, nature and imperialism. It is a memoir filled with the observations and thoughts of Victorian naturalist Alfred Russel Wallace and describes his travels in Southeat Asia between 1854 and 1962. Within its pages are a number of interlocking texts-scientific treatise, travelogue and history filled with ethnographic observations and tales of flora and fauna- all of which make it appealing to not only scholars of a range of disciplines in Southeast Asia but also scientists throughout the world.

At its most basic The Malay Archipelago is a travelogue. Wallace arrived in the Melaka Strait in 1854 and proceeded to explore the islands of Southeast Asia, ranging from Sumatra to New Guinea, with a considerable amount of time spent in eastern Indonesia. In a crisp, clear writing style, Wallace described peoples, landscapes and nature with particularly exquisite chapters on birds of paradise and Singapore being personal favourites of mine. While these tales are fascinating, the reason the book remains an important piece of literature with a global impact is what occurred to Wallace intellectually while in Southeast Asia. During his journey, he took note of geographical distribution of animals throughout the archipelago. Wallace slowly came to a realization that led to the development of one of the most revolutionary ideas in history: a basic understanding of evolution through natural selection.

This edition of The Malay Archipelago is a product of the larger work of its editor, John van Wyhe, who has spent the past decade developing and operating the Wallace Online website (www.wallace-online.org). Any visitor to the website can peruse the entirety of the writings of the Victorian naturalist, from letters to notebooks to illustrations, something van Wyhe accomplished earlier with the writings of Charles Darwin. With such a background, van Wyhe brings his wealth of knowledge about Wallace, and nineteenth-century natural history, to this edition. The result is not only the classic text, but also additional information that deepens our appreciation of the work.