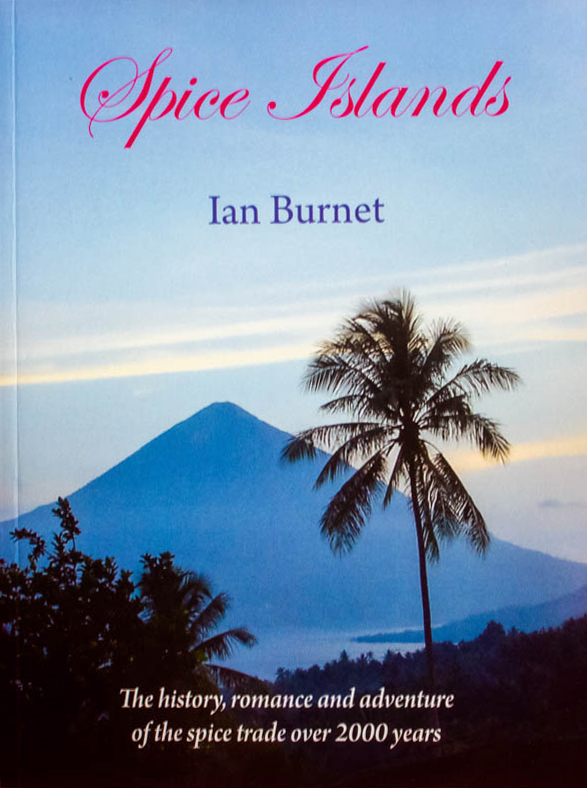 Cloves and nutmeg are indigenous to the Spice Islands of Eastern Indonesia. This intriguing book tells of the many uses of these exotic spices and the history of their trade over period of more than 2,000 years.

The book describes how such aromatic spices influenced the battles, the politics, and the rise and fall of numerous commercial empires. It follows the Silk Road across Central Asia and the Spice Route over the Indian Ocean, and it shows how the spice trade into Europe came to be dominated by Middle Eastern and Venetian merchants. Backed by the Crowns of Portugal and Spain, explorers - such as Columbus, Vasco de Gama, and Magellan - dreamt of capturing this trade by sailing directly to the Spice Islands, driving the maritime exploration of the world known as "The Age of Discovery." Much of the story is told through the lives of these historical characters, as well as Sir Francis Drake, Jan Pieterzoon Coen, Pierre Poivre, and others who are lesser known but equally important. The story also revolves around the intense rivalry between the Sultans of Ternate and Tidore and their relationship with the Portuguese, Spanish, Dutch, and English, who at different times occupied the Spice Islands.

The book follows the growth of the Dutch and English East India Companies - which were founded to profit from the spice trade - and their efforts to monopolize that trade. It finishes as the Dutch East India Company goes into bankruptcy and the once splendid Sultanates sink into obscurity.