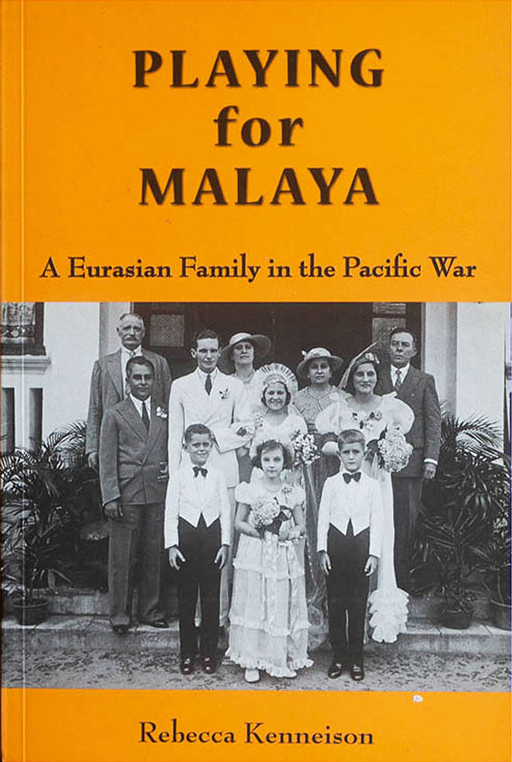 A stunning personal account of a Eurasian family living in Malaya. Reggie was the author's father, and one of the many gaps in his account of his family was that his mother was Eurasian. When Rebecca Kenneison discovered this omission after his death, she set out to learn more about her extended family on the other side of the world.

Her voyage of discovery is compelling in itself, but Playing for Malaya has a much larger purpose. Set in the 1930s and 1940s, it recounts the experiences of an extended Eurasian family during the invasion and occupation of Malaya by the Japanese. Colonial society considered Eurasians insufficiently European to be treated as British, but during the Pacific War they seemed all too European to the Japanese, who subjected the Eurasian community to discrimination and worse. Because many Eurasians, including members of the Kenneison family, supported the Allied cause, their wartime experiences are an extraordinary account of tragedy, heroism and endurance, presented here with great eloquence and clarity.