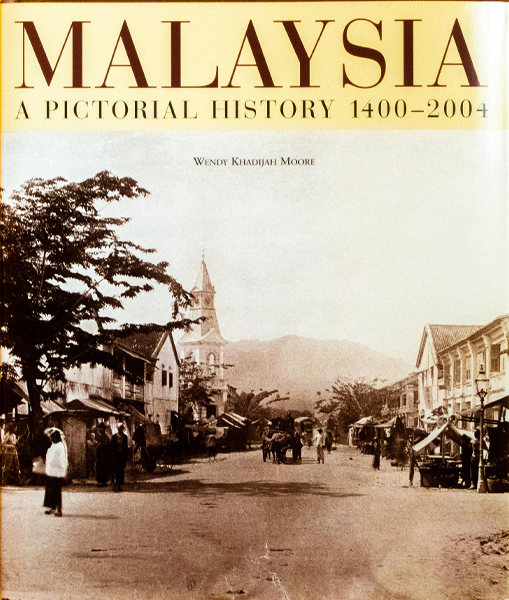 This book documents the history of Malaysia from the beginning of the Melakan Sultanate approximately 600 years ago to the emergence of Malaysia as a modern nation during the last two centuries. The chief focus is on everyday life as it has been experienced by Malaysians of all classes and ethnic and cultural backgrounds, traced from the time when photography was invented in the first half of the 19th century right up to the present day.

Containing over 1,000 images, this book records not only people but also their dress, their cultural and religious traditions and their social relationships. It shows the changing physical environment in which people lived—traditional buildings, modern buildings, a mix of architectural influences. The appearance of some parts of the country has changed enormously because of a growing human population, a changing economy and also as result of war. And yet the country has its idyllic and unchanging side too. Many views of the states are included in the book.

The Malaysian peninsula is seen here through the eyes of people who recorded it in sketches, paintings, engravings and photographs. Many of the first views produced by 19th-century professionals were cartes de visite and studio portraits. As time moves forward and the nature of photography changes, much of the material becomes more journalistic, and this evolution of the photographic medium is part of the interest of the book. Indeed Malaysia: A Pictorial History will be of interest to all those in search of a vibrant, in-depth portrait of one of Southeast Asia’s most important nations, as it was and as it is today.