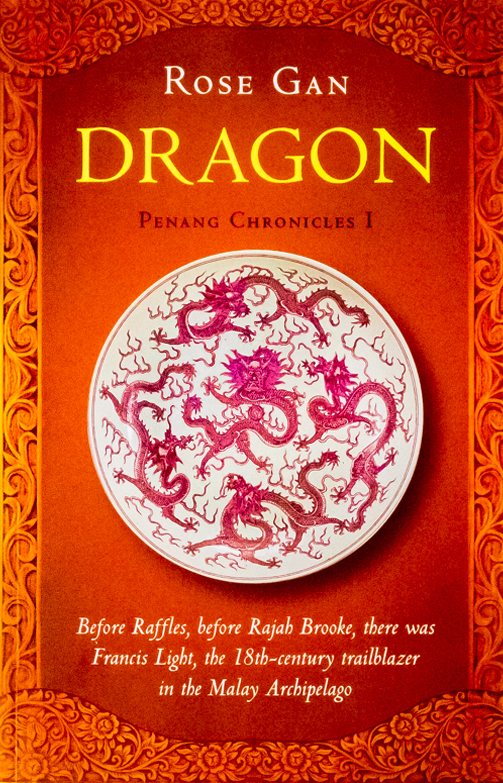 Before Raffles, before Rajah Brooke, there was Francis Light, the 18th-century trailblazer in the Malay Archipelago.

The 18th-century Straits of Malacca is in crisis, beleaguered by the Dutch, the Bugis, and the clash between Siam and Burma. Enter Francis Light, devious manipulator of the status quo, joined by a cast of real historical figures from the courts of Siam and Kedah and from the East India Company, including Sultan Muhammed Jiwa, King Tak Sin, Warren Hastings and Martinha Rozells, a young Eurasian woman of noble birth.

From humble origins in Suffolk, England, Light struggles against the social prejudices of his day. His subsequent adventures as a naval officer and country ship captain take him from India to Sumatra, the Straits of Malacca to Siam, through shipwreck, sea battles, pirate raids and tropical disease. But Light’s most difficult challenge is his ultimate dream: to establish a British port in the Indies on behalf of the East India Company.

Dragon, the first volume of Penang Chronicles, charts Francis Light’s colourful adventures in the decades before the settlement of Penang island, the Honourable Company’s first possession on the Malay Peninsula.