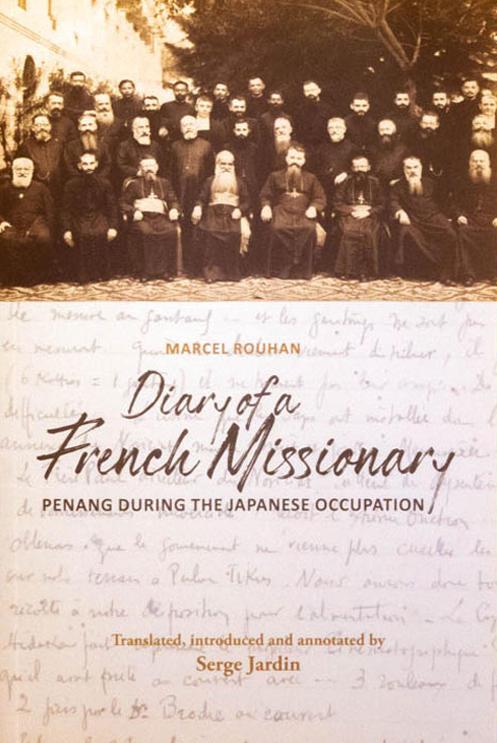 Diary of a French Missionary: Penang during the Japanese Occupation

A handwritten Diary was meticulously kept by Father Marcel Rouhan, the Director of the College General in Penang, during World War Two. While most Allied citizens were evacuated before the entry of the Japanese troops, the French missionaries remained behind as ‘neutral’ subjects. The Diary, therefore, is an exceptional eyewitness account of the Japanese occupation in Malaya.

In 1781, the Paris Foreign Missions Society (MEP) arrived as refugees in Kuala Kedah. The College General was relocated to Penang in 1808. Over time, the Latin-medium seminary attracted more than 2,000 students from Southeast Asia and as far as China, India and Japan, making the College General probably Malaya’s greatest contribution to Asia’s ‘networks of knowledge’.

During wartime, the all-male seminarians of the religious boarding school in Pulau Tikus taught alongside lay teachers and the Sisters of the Infant Jesus (IJS), while the Japanese were building their defences near the missionaries’ country house, Mariophile, in Tanjung Bungah.

‘First to stay alive, then to philosophise.’ As a chronicle of stories of daily survival interspersed with descriptions of major events, the Diary teems with socio-historical details. The Diary has been translated, introduced, and annotated by Serge Jardin, a French author long domiciled in Malaysia.