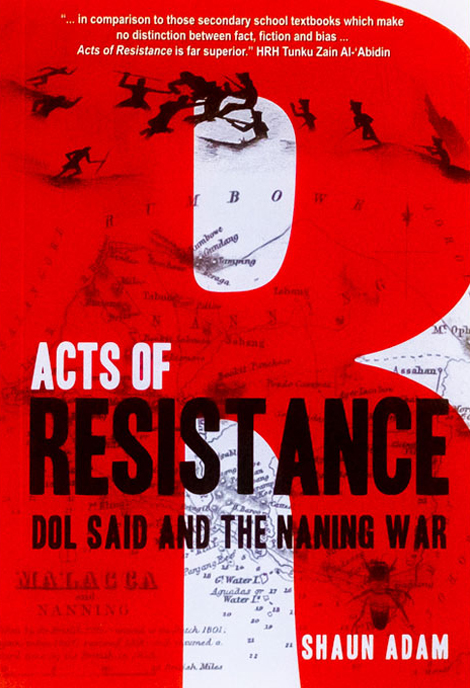 Acts of Resistance: Dol Said and the Naning War

When British colonists first arrived in Malaya, they considered Naning, a small village about 30 miles from Malacca, to be under their jurisdiction. The incumbent penghulu of Naning, Dol Said, resisted, claiming that Naning was an independent sovereign state with its own traditions and laws. Intending to follow in the footsteps of their Indian conquest, a military campaign was sanctioned by the British East India Company to seize Naning and to arrest its chief in 1831. What ought to have been a simple campaign turned out to be one of the empire’s greatest blunders in what is now modern-day Malaysia. Some would argue that Dol Said’s anti-colonial stance was replicated for more than a century afterwards, with different actors fighting the land’s colonial masters. Shaun Adam’s narrative ties in archival records with folk narratives and oral histories, thus creating a richer and more comprehensive narrative of the infamous Naning War that sparked off a history of unjust conquest – and resistance.